Create an Account - Increase your productivity, customize your experience, and engage in information you care about.

Thank you for responding!

The 2020 Census has finished collecting responses. 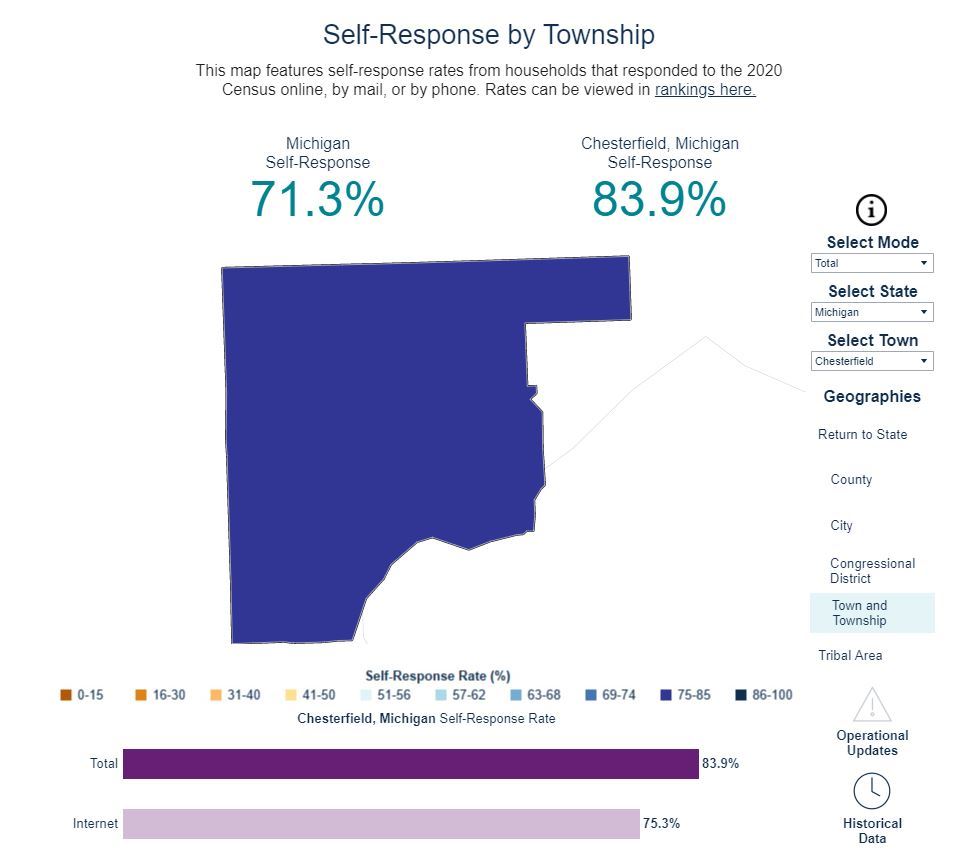 On Tuesday, October 13, the U.S. Supreme Court allowed the Census Bureau to stop the 2020 Census count before it was scheduled to end on October 31. The Census Bureau announced shortly after the court order that they would effectively end all data collection for Census 2020 on October 15. While counting everyone in the nation is always a giant task, the 2020 Census was exceptionally difficult. Nevertheless, residents in Southeast Michigan should be proud of their effort and results. About 75 percent of the households responded to the once-a-decade census by themselves, which is five percentage points higher than our final response rate 10 years ago, and is significantly higher than this year’s U.S. average of 67 percent.

Click on the image to the left to visit the official US Census Website. There you will be able to find statistics and other useful information regarding the 2020 response rates.